Five years after a double lung transplant, Dick Jarrard is back in the saddle.

“Most people don’t get a second chance,” said the 72-year-old cowboy from Wheatland, WY. “The people that gave me my lungs, they gave me another chance at life.”

Jarrard’s second chance came from doctors at St. Joseph’s Norton Thoracic Institute in Phoenix. After years of struggling to breathe, Jarrard was diagnosed in 2008 with pulmonary fibrosis, a condition that weakened him to the point that he couldn’t mount a horse. Within a year, Jarrard needed an oxygen tank.

“I was running out of air,” Jarrard said.

And he was running out of time. Doctors in Colorado told Jarrard he had six months to live. Jarrard initially resisted suggestions by his wife, Sharron, that he seek transplantation, but she persuaded him to change his mind.

“I said, ‘You don’t have a choice if you want to live,’” Sharron Jarrard said.

The Jarrards winter with their horses in Arizona. They contacted the only facility in the 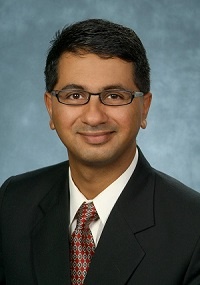 “Our program is always willing to look at patients afresh, even if they are over the average age that other centers might turn them down,” said Dr. Walia, who has led the Norton Institute’s program to becoming the fifth busiest lung transplant center in the nation, now the busiest center west of Houston. “Dick and his family weren’t ready to give up, and here he is, leading a full life more than 5 years after his transplant.”

Jarrard received his new lungs in March 2010 after being on the organ wait list only 20 days. Five years later, he ropes nearly every day on the couple’s property northwest of Wickenburg. He plans to enter more team roping competitions when they return to Wyoming for the summer.

“I just feel that I’m very lucky,” Jarrard said. “I have a second chance. Most people don’t get that.”

To make an appointment with Dr. Walia or any of our other providers, please call 602.406.3464 or visit our website at http://www.dignityhealth.org/medical-groups/arizona.